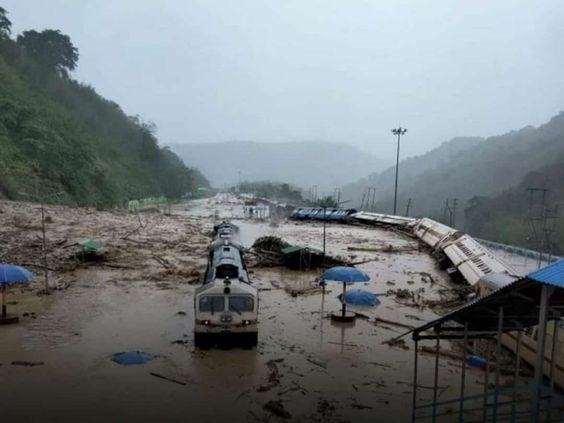 Four people have died in the Assam floods in the previous 24 hours, which have affected 11.09 lakh people across 25 districts.

In several parts across Assam, the water levels of the Manas, Pagladiya, Puthimari, Kopili, Gaurang, and Brahmaputra rivers are also over the danger limit. In the flood-affected regions, flood waters have flooded 19782.80 hectares of crops.

According to state government data, 1,510 communities are now underwater in 72 revenue circles. Due to the severe rain warning, all educational institutions in the Kamrup Metropolitan District will be closed on Friday.

North East Frontier Railway has canceled, partially canceled, and redirected multiple trains due to water logging at km 347/6-8 between Nalbari and Ghograpar in the Rangiya division of Assam, according to the Chief Public Relations Officer (CPRO), Northeast Frontier Railway.

Earlier on Thursday, floodwaters in the Majorchua area swept away a section of the Kalaigaon-Udalguri connecting road and inundated at least 10 communities in the Kalaigaon area. 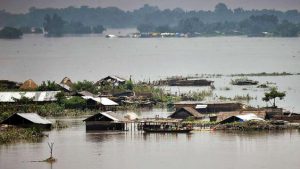 Meanwhile, more than 7,000 people were displaced in the Tamulpur area when numerous villages were swamped by floodwaters. Because of the recent rain showers, the water levels of the rivers Borolia, Pagladiya, and Motonga have risen. Several villages in Tamulpur have been swamped by flood waters, including Kekerikuchi, Dwarkuchi, and Bodoland Chowk, and thousands of acres of agriculture have been affected, as well as roadways.

A landslide in Guwahati killed four persons on Tuesday. In the interest of public safety, the Deputy Commissioner of the Dima Hasao district, who is also the Chairman of the District Disaster Management Authority (DDMA), has ordered the closure of all educational institutes in the district from June 15 to June 18. The India Meteorological Department (IMD) has predicted heavy rainfall in several districts of the state until Friday (June 17).

Previous Post
Gold prices are down Rs 270 per kg, while silver is up Rs 60,000 per kg
Next Post
With time running out, an IMF group travels to Sri Lanka, in the midst of country crisis