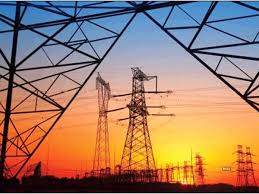 Bharti Infratel on Monday extended the deadline for its merger with Indus Towers by two more months to April 24, but cautioned that final call on scheme implementation will be taken by the board based on assessment of telecom crisis and its impact.

“The final decision to implement the scheme will be taken by the board keeping in mind the best interest of the company and its stakeholders including the assessment of the current crisis facing the telecom industry and the extent of its impact on the company’s major customers,” Bharti Infratel said in a regulatory filing.

It said that although the foreign direct investment  approval for the merger with Indus Towers had been received, the long stop date (deadline) has been extended as other actions and conditions precedent to be fulfilled for the scheme to become effective cannot be completed by the previously stated deadline of February 24.

“The board of directors has further extended long stop date till April 24, 2020, subject to agreement on closing adjustment and other conditions precedent for closing, with each party retaining the right to terminate and withdraw the scheme,” experts said.
Tagged Forex Trading With Capital Sands