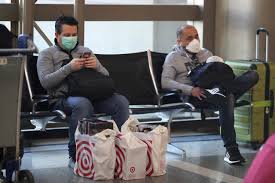 The fallout from the coronavirus spread across the Pacific on Friday, with Australian travel firms issuing profit warnings and Japanese carriers cutting capacity, while U.S. airlines rushed to cut flights to Europe in the wake of new travel restrictions.

U.S. travel curbs on much of continental Europe announced by President Donald Trump on Wednesday deepened the sector’s misery that began after the virus emerged in China late last year and reduced traffic.

American Airlines Group Inc and United said they would continue normal flights to and from Europe for the next week but would be reducing capacity to Europe by around 50% in April.

American also said it was cutting international capacity by 34% for the summer travel season and accelerating the retirement of its Boeing Co 757 and 767 planes.

Delta Air Lines Inc also said it would significantly reduce its U.S.-Europe schedule after Sunday as it continues to watch customer demand.

German airport operator Fraport said on Friday that passenger numbers at its key Frankfurt airport dropped by around 30% in the first week of March due to the coronavirus epidemic.

Air France KLM SA said on Friday that it had drawn down on 1.1 billion euros  worth of its revolving credit facility to help its financial position.

Cash-strapped low-cost carrier Norwegian Air Shuttle ASA said on Thursday it would cut 4,000 flights and temporarily lay off up to half of its employees due to the coronavirus outbreak.

The Indian government said it would extend the deadline for submission of early bids for ailing state carrier Air India until April 30 in part due to the virus situation.